is the founder of Kyokushin karate

Masutatsu yama was born in Korea on July 27, 1923.
His name at birth was Hyung Yee Choi. But later, when he settled permanently in Tokyo, he chose to adopt the Japanese name Masutatsu –yama and made the decision to devote his life to Karate.
In 1953, he opened his first Dojo on a grassy field in Tokyo, specifically in the Meijiro district. Two years later, he opened his first real Dojo at a former ballet school. It was in this institution that what would later become the birthplace of Kyokushin karate was truly founded.

In 1954, he met Edward “Bobby” Lowe, an expert in Kenp, in Hawaii,whom he considered his own brother a few years later. It is his privilege to open the first branch of Kyokushin outside Japan. In 1957, despite the hardness and rigor of this training, he already had more than 700 students. And it was during this year that the name Kyokushin was finally adopted.

The meaning of this name is the ULTIME TRUTH. Kyokushin’s reputation continues to grow and many students, coming from different schools, travel from far away to train the combat techniques taught by Sosai Oyama, especially for the Jissen-Kumite. Full-c-tactfights are an integral part of this training. Sosai yama observes a lot of its combattants, which allows him to evolve his karate by constantly adding new techniques and perfecting existing techniques.

Soon, the Kyokushin style was nicknamed “The Strongest Karate”. This qualifier is not only related to Yama himself, but also the kind of extremely rigorous training he submits to his students. Not to mention the successes of Kyokushin fighters in tournaments.

Kyokushin has become one of the most practiced karate styles throughout the World. Indeed, more than 20 million followers practice Kyokushin on the planet.

On April 26, 1994, Sosai Matsutatsu –yama, 10th Dan, dies of lung cancer at the age of 70. He was a non-smoker. A monument is erected in his memory, on Mount Mitsumine, in Chichibu Tamakai Park. This place has since become a place of pilgrimage, for all karate practitioners Kyokushin, a sacred place, where one comes to seek a spiritual source. 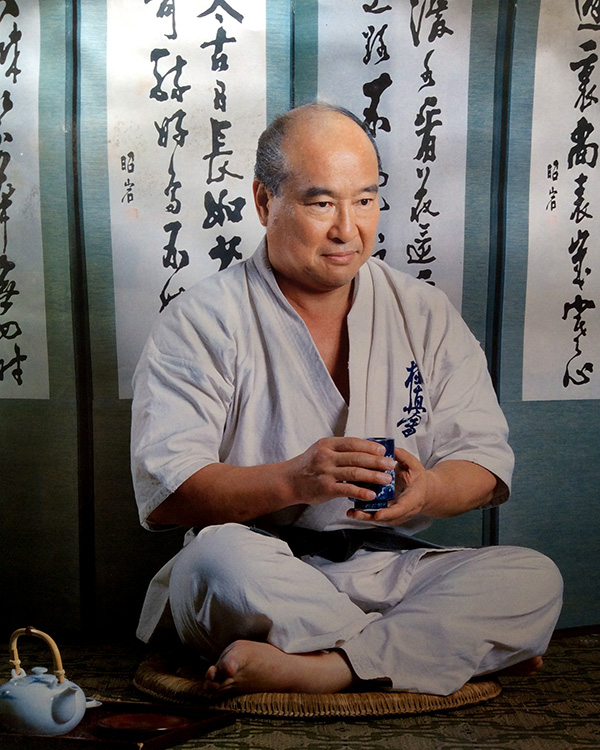 The tradition of the 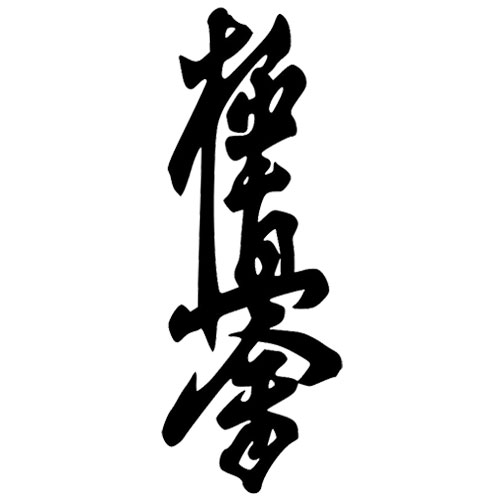 Kanji, is universally worn on the dogi of Kyokushin followers. It must be understood that the way of Kyokushin is the pursuit of the ultimate truth. 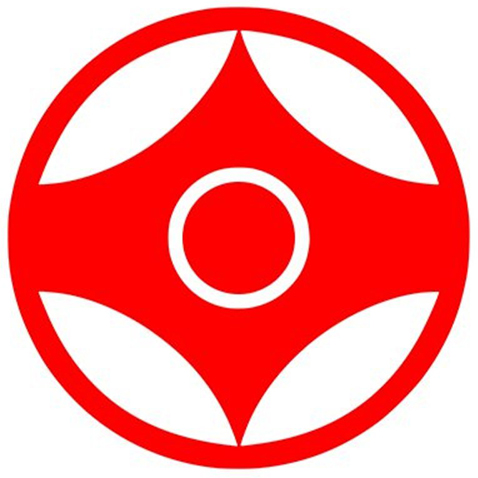 The kanku is the symbol representing the style of Kyokushinkai karate. It comes from the kata that bears the same name and which means “to contemplate the sky.” 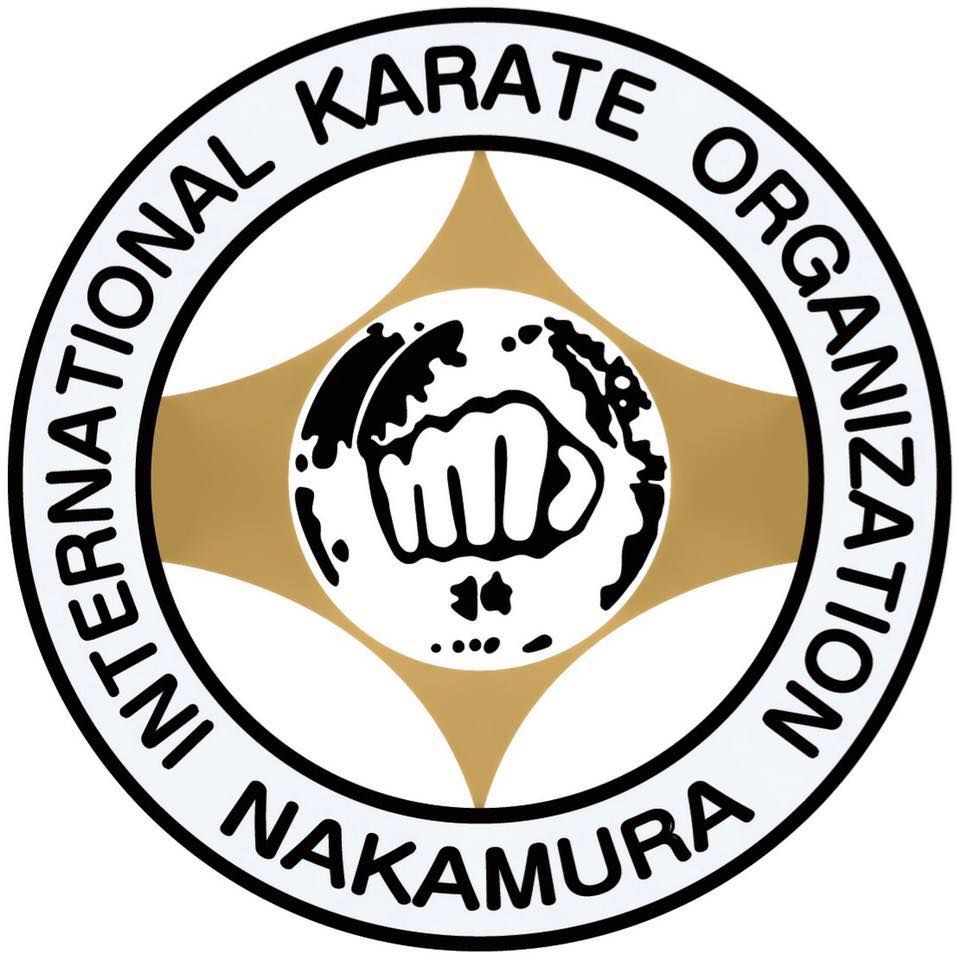 This is the Kanku used by the Kyokushin International Nakamura Karate Federation. A fist and the universal symbol was added to the center.

A very large number of people, practicing Kyokushin around the world, have decided to take an interest in thought and philosophy, which are an integral part of what Kyokushin is. Lessons learned from it, about self-improvement, and about discipline in general, are therefore paramount for followers.

The way Kyokushin is taught, emphasizes the fact that the main thing is not in the ability to destroy his opponent, but rather, that the student understands that the true meaning of Kyokushin karate is not in violence, but in self-control.

The fundamental point of the Kyokushin philosophy, as taught by Sosai Oyama, is that one must not do what one cannot undo, and that one should never use more force than necessary.

Currently, kyokushin is the most practiced karate style in the world, with more than twenty million practitioners in 140 countries. This popularity is the subject of a fabulous media impact, mixing television reports, films (including Fighter in the Wind), comics, cartoons, and the many technical or even fictionalized works, on Master Yamahimself.

Its success on the spectacular side and the realism of the fights.

It is not for nothing that Kyokushin karate is the style of karate considered to be the hardest physically, the most demanding, but also the most effective. The rapid and successive execution of the techniques, reduces the resistance of the opponent. 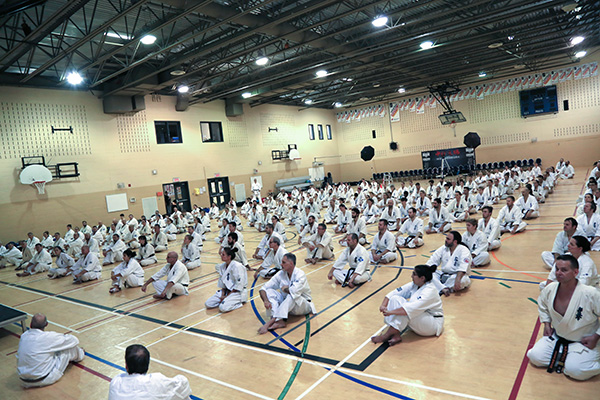 The Dojo Kun teaches us a clear path to the ultimate goals of kyokushin; work on character, sincerity, constant effort, respect for others and self-control. The technique is secondary, the important thing is the inner spirit that must be disciplined. By following these simple principles, karateka begins to make progress in the Way of Kyokushin Karate.

We will train our hearts and bodies to acquire a firm and unwavering spirit.

We will always pursue the true meaning of martial arts and keep our senses awake.

With vigour, we will seek to cultivate a spirit of personal deprivation.

We will respect our superiors as well as the rules of courtesy and we will avoid any acts of violence.

We will follow our master and never forget the true virtues of humility.

Wisdom and strength: these are the only goals to which we will have to rise.

Throughout our lives, thanks to the discipline of karate, we will try to obey the demands of our way, our heart.

This is the way of Kyokushin. 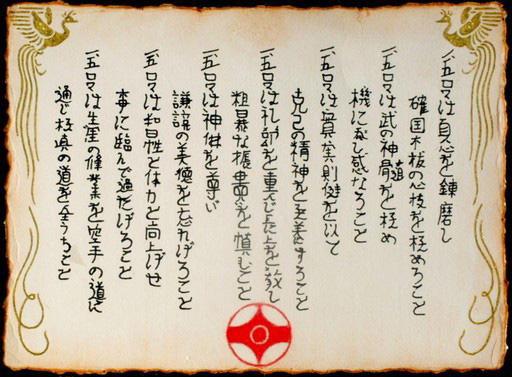